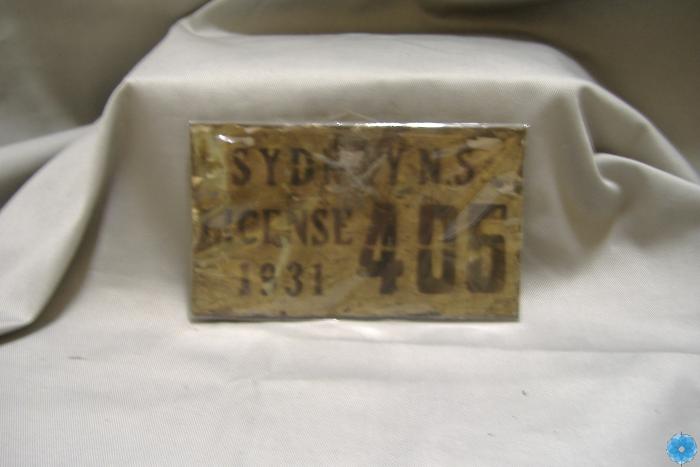 In Nova Scotia, the Motor Vehicle Law was implemented on April 28, 1907 and provided for the registration of motor vehicles. Numbers were assigned and it was the vehicle owner's responsibility to have their license plates made. Plates were generally made by local sign-makers or blacksmiths. Typically, the plates had numbers painted black on white and were made out of flat metal. The abbreviation "NS" for Nova Scotia was often present as a vertical suffix. The registration numbers for these "home-made" plates were assigned sequentially between 1907 and 1917 on a permanent basis. In 1918 the Provincial Government began issuing plates to motorists, rendering the earlier "home-made" plates invalid. The artifact is a 1931 license plate but does not match the government issued plate for that year. It is also unusual in that the city name "Sydney" is included. It is possible that the license plate was fabricated in the "hand-made" fashion of earlier plates.